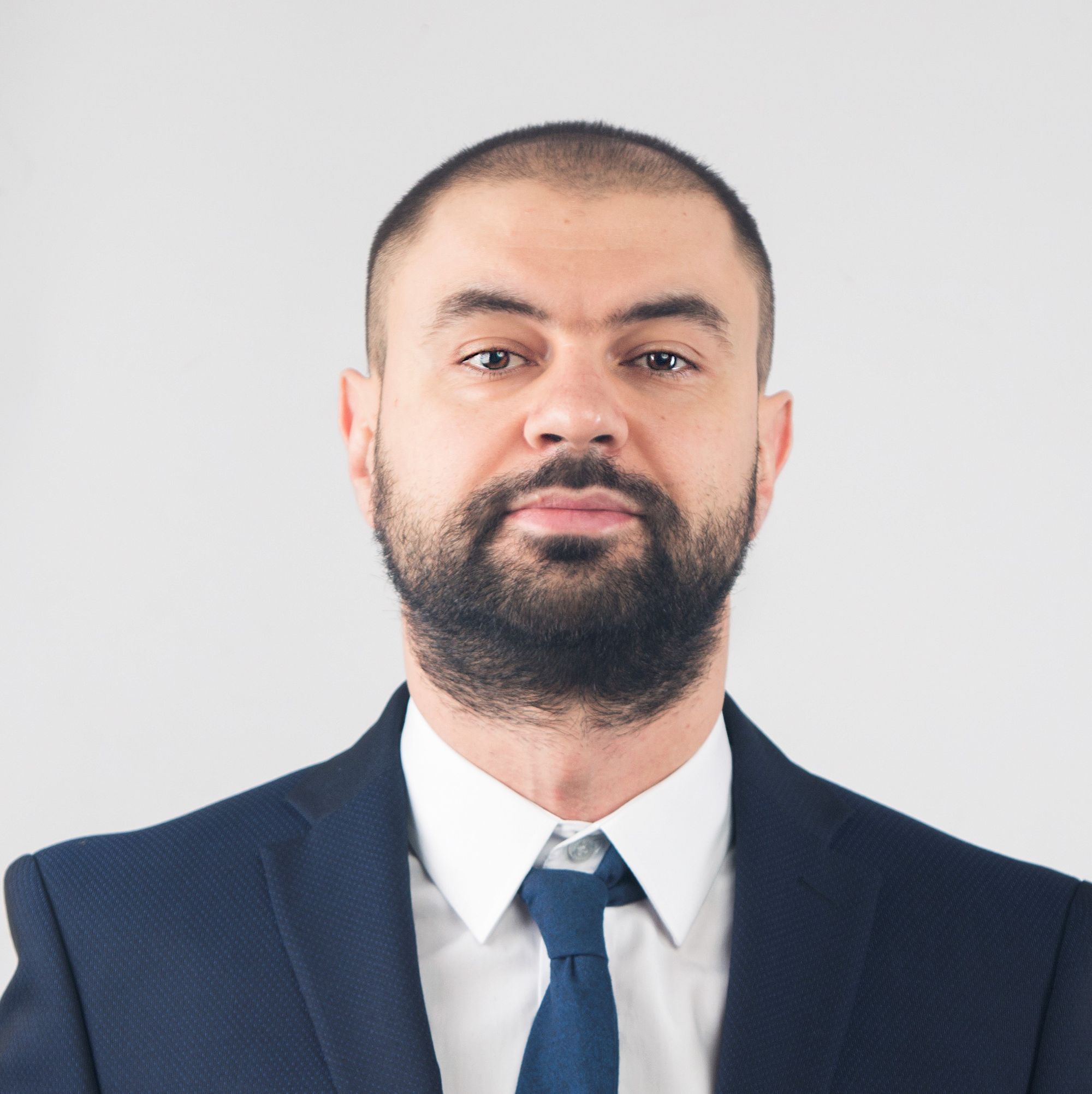 To gear your trading business with secure servers and mitigate potential threats, it's important to be aware of the ever-changing security environment. But first you need to set up an IT infrastructure to handle applications, web services, and databases. It's not an easy task, but without proper protection the entire infrastructure will be at risk. This time we'll talk about the basic security measures you should take before you start running your servers. Let’s discuss what is server security, how to create a secure server environment and eliminate various risks of intrusion, like hackers and other threats.

A web server is a server that serves HTTP requests. Its main function is to display the static content of the site. It also automates the operation of web pages, authorizes and authenticates users, logs user requests, and supports secure HTTPS connections. An application server is a framework (software platform) that works not only with HTTP and HTTPS, but also with other protocols. It provides user interaction with dynamic and static content.

The definition of a secure server derives from practices and techniques that ensure server safety. Both web and application servers need protection against software intrusion, traffic interception and unauthorized access to important information.

Before we start talking about how to secure a server, let's discuss the most common types of threats that pose a danger to servers.

What security risks can a web server face?

Web servers are one of the most important parts of a corporate network because of the sensitive data they typically store. As a result, it is important that you not only protect web applications and your network as a whole, but also that you take careful measures to protect your servers from hackers and other looming threats.

The hazards that threaten a server on the Internet can be divided into two main groups: infiltration and brute force.

Infiltration is related to the fact that an intruder, having picked up or stolen account data, can get inside the operating system as a logged-in user. This is especially dangerous if an account with administrator privileges is compromised. Then the attacker can manipulate data, such as account statements, or steal sensitive information.

Brute force is associated with external impact on the server, in which it can lose functionality. A vivid example of such impact is all sorts of DoS (Denial of Service) attacks. During such an attack hackers send a large number of useless requests to the server to create a parasitic load. When more requests come in than the server is configured to handle, it quickly runs out of processing power, and the server stops responding. For example, if the attacked server hosts an online store site, its visitors will see a mournful message on the screen that the site is temporarily unavailable.

A secure server usually falls into one of two categories. Most often it is a server on a public network that supports security protocols such as SSL, which means that sensitive data transmitted to and from the server is encrypted to protect the user. Alternatively, it can mean a web server used only by a group of employees on a local network, protected from external threats.

There are several major threats to web servers that are important to be aware of in order to prevent and mitigate these risks. These may include the following factors.

SQL injection can be used to attack websites and web applications by sending structured query language requests through web forms to create, read, update, modify, or delete data stored on your servers, such as financial information.

Software updates and security patches are designed to address vulnerabilities in older versions of the software. However, once a new patch is released, hackers can reconstruct attacks based on the changes, leaving unpatched versions vulnerable.

However, one of the most common threats to server safety is human error or inattention. Whether it's poorly written code, easily guessed passwords or failure to install and update firewalls and other security software, the human element in cybersecurity tends to be the weakest link.

You must also consider the physical safety of the computers that act as your Web servers: no matter what security software you use, it can be compromised if physical access to your servers is not properly controlled.

Secure servers are just one part of a broader holistic network security strategy. While server security refers specifically to measures taken to protect server environment and the data they process, network security also includes things like firewalls and anti-virus software to protect other parts of the network.

Laptops, smartphones, and other Internet-connected employee devices are all parts of your network that should be protected from threats. Phishing emails, fake websites, and malicious applications are just some of the risks, so it's important to use comprehensive endpoint protection in addition to web server security. This includes perimeter protection, such as firewalls, as well as software that prevents potential threats from entering your network undetected.

So, how to create a secure server? How to protect a server from hackers? Provided here are best practices you can follow to set up a safe web server or improve the security of your existing enterprise web servers.

Operating systems and default configurations are not completely safe. Strictly speaking, the default installation includes many network services that will not be used, from remote registry services to print server services and other features.

The more services you have running on your server operating system, the more ports remain open, which means that more doors to the network can be exploited by a malicious hacker. In addition to providing security, removing unnecessary services can also improve the performance of your server.

Development and testing is often done on production servers, so sometimes you may come across web sites or pages on the Internet that contain details such as / new / or / test / in the URL. Web applications that are in the early stages of development often have security vulnerabilities and can be exploited using freely available online tools.

You can help minimize the risk of hacking by keeping development and testing secure servers isolated from the public Internet and not connected to sensitive data and databases.

Network service permissions and file permissions play a critical role in your network security. If your web server is compromised by network service software, an attacker can use any account running a network service to perform tasks. Because of this, simply setting minimum privileges for users to access web application files and server databases can help prevent data loss or manipulation.

Basic server security As mentioned earlier in this article, not updating your software with the latest patches can allow cybercriminals to reverse engineer paths into your network.

As part of regular security testing, keep server logs separate and monitor and review them regularly. Unusual log file entries contain information about attempted and successful attacks, and should be investigated as they occur.

Software firewalls are easy to set up and manage and will protect server infrastructure from unauthorized communications and intrusions.

Firewalls are an essential part of any server configuration. Even if your software has internal security features, a firewall will provide an additional layer of protection.

A carefully configured firewall will block access to anything for which you don't assign an exception yourself. Vulnerable components covered by the firewall will reduce the attack surface on the server.

To ensure the servers are safe, it is also necessary to periodically perform some kind of cleaning, or more precisely, to delete test files, archives with source code and backup files. These files may be created during the installation and testing of the web server, but later they are no longer needed. However, an intruder can use them to compromise your servers, and then the company may suffer losses, both financial and reputational.

Be sure to block access to backup folders for all public web servers, as hackers can detect them. This measure is relevant if you have left some servers public and have not blocked access to them.

Set up an audit

So far, we've talked about technologies that enhance server security. However, much of the security lies in analyzing your system. Understanding the available attack surfaces and which system components to block will give you the best protection result.

An audit is a process that shows what services are running in your server infrastructure. Often the operating system is configured by default to load and run certain components when you turn it on.

To simplify the auditing process, you can get a checklist like this:

An audit can help you analyze which ports the system uses and which protocols are accepted. This information can help you configure your firewall. In another publication we will tell you how to perform a basic technical audit in more detail.

Hide the version of a web server

The version of the server can tell an attacker a lot: what vulnerabilities are available on a given server and how it can be hacked. A hacker can also figure out which operating system the server is running on, which also helps them when planning an attack.

Regular server backups ensure that if your protections are compromised, you can quickly recover and restore your data. Automation can increase efficiency, but the IT person should check for problems that may have interrupted the process.

The technologies and measures on how to secure a server described above are just some of the improvements you can make to create a safe server infrastructure. It is important to note that implementing such protections is crucial, and the sooner the better, because the longer you wait, the longer you expose your business to threats.

Soft-FX solutions for trading crypto and Forex assets follow a full range of security protocols. Contact us to learn more.